Will fortune favour the brave? 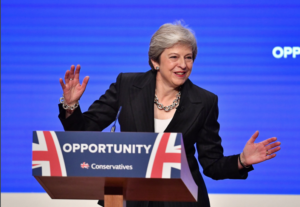 Not long after Ed Balls lauded the idea of a Mansion Tax he exited politics and became a contestant on BBC’s Strictly Come Dancing (surviving through to week 10). Last week Theresa May chose to float yet another property tax idea: a stamp duty levy on non-resident buyers. London’s sales agents must be hoping her penchant for dancing means she may just follow in Ed Balls’ footsteps.

However, for all the angst she has caused this last week and whether or not you agree with her Chequers’ proposal (or her wider politics), our Prime Minster is clearly brave. There can’t be many politicians who would relish her position and the hand she was dealt
by her predecessor or her party.

However, before you despair that this is yet another discourse on Brexit, our question was not aimed at our
politicians but rather at the pool of buyers currently acquiring residential property in London.

Whilst some commentators are lauding a ‘buyer’s market’ or a ‘now or never opportunity’ we don’t see it that way. For our clients, it remains a difficult market
in which they face multiple challenges:

Lack of stock remains a major problem for those buyers poised to make their move. With no recession as yet (albeit growth has slowed significantly), interest rates low (barring the recent 1/4% rise) and very little true distress in the market place, it can feel like the last two of the dreaded three “D”s – debt, divorce and death (as well as our addition of “downsizing”) – are the only factors bringing properties to the market. Anecdotally, a sales agent in one of the most popular South-West London family markets recently told us that 40% of the houses currently available for sale in his area were there because the owners were separating – not a reflection of a rise in divorce levels (in fact the converse is true) rather the scarcity of sellers moving through choice.

Rise of the Off – Market

A couple of years ago we used to feel that the term “off market” was bandied around too casually but right now this sector of the market is more relevant than ever. In a recent search for a retained client in Belgravia, of the 66 properties previewed by our team, over 80% were nowhere to be seen on the publicly available portals (OntheMarket, Rightmove, Prime Location, etc.). It takes time, patience and deep relationships to dig out these opportunities and buyers are having to hold hard and employ faith in the longterm outcome. Surely, in a truly preferential market, it wouldn’t be so hard? Whilst rarity is clearly a factor, we also suspect that buyers have become more picky about condition – perhaps because urban life is so consuming or because word is spreading that complex projects are not for the uninitiated – and we are seeing more interest in turn-key properties rather than doer-uppers, than ever before. With such a limited number of small developers able to make commercial developments viable, there is very limited turn-key stock in the market place which is causing the pool of opportunity to further contract. We should add that for the purposes of this note, we are not referring to (or commenting on) the mass market ‘new build’ developments (typified by Nine Elms, Battersea, Earls Court etc). With tens of thousands of such units expected to complete in the next few years this market has its own dynamic and its own challenges (some of which are severe).

The Flaw of Averages

Doom-mongery has become the status quo in the property press with journalists highlighting low transaction volumes (down as much as 40% across some London postcodes) and average values down – anywhere between 10% and 30% depending on postcode – in prime central London since the 2014 peak.

With this in mind, you can’t blame hopeful buyers and general market voyeurs for believing that opportunities to purchase properties at a thundering discount are plentiful. We would, however, sound an alarm bell about average data which can conceal huge variations in performance in this nuanced and sophisticated market. Indeed, Savills have recorded that the top performing 10% of prime central London properties by price growth have seen prices steady in the past year (up by 0.2%), taking them to just 1.5% below their 2014 peak, whilst the weakest performing 10% have fallen a further 7.7%, taking them to a staggering 32% below their 2014 peak.

These numbers go some way in demonstrating the danger in applying the law of averages. It really does come down to the property specifics and the wellversed flight to quality – i.e. a willingness to pay for the very best properties notwithstanding the market conditions. As buying agents clearly it is our job to guide our clients to the “best of the best” and in the past few months we have observed vendors of properties worthy of this title achieving sale prices close to record levels and often in competitive bid situations. Conversely, if you are looking to buy a fairly ubiquitous terraced house in mediocre condition on a fairly non-descript grid of similar properties, or a unit in a development, where there are many others of a similar type, then there is probably some flesh to be had. Moreover, properties that are compromised in some way (oversized basements, walk-ups, poor condition or aspect etc) are struggling to trade. In this way, a heavily discounted property is likely to involve compromise and whilst it might feel like a steal today, it is unlikely to offer the value growth or liquidity in the medium to longer term of its higher calibre counterparts. 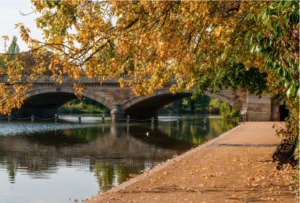 In terms of location, there remains substantial variance amongst the prime postcodes. For example, 2018 has seen unbelievably strong activity in Notting Hill (with competitive bids and record-breaking prices remaining the norm), whilst Marylebone pricing has shown particular resilience, having fallen 2.6% in the past year to just 6.4% below the 2014 peak (thus substantially outperforming the prime central London average).

The strong performance of these areas might be consistent with the trend for domestic buyers returning to the higher echelons of the prime central London market, confident that prices are bottoming out for the most desirable properties.

When asked time and time again “what sort of discount should I be buying in at?”, we explain that there is no such thing as an average discount on asking price. Asking prices are completely arbitrary and could be determined by the vendor themselves or by a selling agent hoping to win a mandate and influenced by individual circumstances (such as divorce proceedings), which means at times an asking price can be far removed from true market value. We encourage our clients to focus on understanding the value for a property rather than fixating on us negotiating a notional discount on a fictitious number.

We appraise transactions in two ways: (1.) What is the fair range of market value for the property today?; and then, in context, (2.) At what level can a deal between the parties be achieved? With transaction volumes at such a crushing low, trying to establish values using recent data can be challenging. It requires meticulous research to unearth sales information both on and off the market and an analytical approach (as well as experience) to make the relevant adjustments. There will always be subjectivity (and debate) but on the whole we find that a sensible range can usually be agreed between the respective advisors – following this, differences will often be down to expectation / positioning / motivations.

For prospective buyers, this cooler market does, on the whole, tend to give more time for consideration. All market participants have noted that transactional timeframes have doubled (if not trebled) and due diligence is far more rigorous than it was in the midst of the pre-2014 bull market.

An example of this is turnkey properties (or those refurbished in the last couple of years). Gone are the days when a vendor could offer you no construction documentation or warranties.

So, will fortune favour the brave?

In the short term, it seems unlikely that a foray into this market will lead to immediate fortune. Values for the very best properties will remain stable, perhaps even rise further above their 2014 levels (if and where competitive situations arise) but for the more compromised or vanilla properties, pricing may well continue to soften (as it has year to date).

Certainly, until Brexit is resolved, and the political picture becomes more certain, there seems little room for growth in the market. There is perhaps the possibility of a short spike post any Brexit deal as pent up demand is absorbed (that of course assumes that more stock comes into the market) but this remains to be seen. In the longer term, this depends, for us, on your perspective on London. Will it continue to be a global city – a financial centre, a leading tech city and a hub for some of the world’s best universities? Will it remain a safe haven for capital and wealthy families? We believe it will and have faith in the longevity of our amazing city and the strength of generational investing in residential property.

However, we don’t believe London will return to the heady transaction levels of pre-2014 nor the double-digit year on year growth (unless there is a miraculous solution to our political chaos and a volte-face on the tax front) in the near-term. Instead we see a lower volume, lower growth market becoming the new norm.

As we write, Savills are adjusting their 5-year forecast downwards from 21% to closer to 15% growth (due to larger than expected falls this year and delays in agreeing Brexit). Savills revised figure aligns more closely with Knight Frank, who are suggesting circa 16% over 5 years. We note that JLL (in their paper the ‘Paradigm Shift’) project a figure closer to 9%.

Once again, however, we would caution against the use of averages. Our sense is that growth (and falls) will remain very property specific – reflecting quality of the asset, demand, uniqueness and buyer/seller circumstances at the time – and the gap between the best performing and worst may well continue to grow. 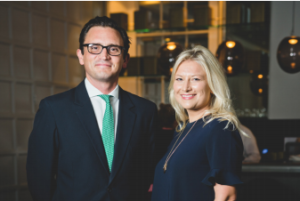