When will London go quiet?

Looking up from stationary traffic on the Talgarth Road the other day, I was struck again by the incredible row of artists’ studios (formerly known as St Paul’s Studios) just around the corner from Barons Court tube station. Now rather blackened around the edges by decades of traffic fumes, we can only imagine how fabulous they must have been when they were completed back in 1891, overlooking a much narrower road occupied only by horses and carts and, on the opposite side, what were then the large grounds of St Paul’s School. 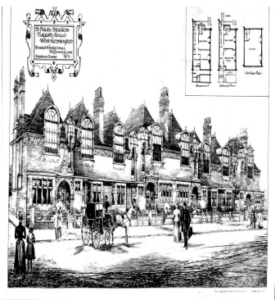 Quietness could really pay off in terms of value

This got us talking in the RFR office about how much difference electric cars will make to the appeal of properties situated on London’s busier roads, particularly when so many of them boast some great architecture dating from long before the rise of the combustion engine. Whilst we struggle to see the main arteries like the Cromwell Road becoming really desirable residential addresses, there are plenty of busy roads which would be much improved if there were fewer, quieter and cleaner vehicles. In South Kensington, for instance, surely a reduction in noise and fumes would propel the grandly proportioned stucco terraces of Queen’s Gate up towards the value level of the currently generally preferred Onslow Square and Onslow Gardens? Even within “The Onslows” themselves, there is a hard to quantify but noticeable difference in the desirability (and thus pricing) of different stretches, depending on weight of traffic which should, theoretically, diminish.

Government policy is that all new cars should be electric by 2040 and think tank The Energy and Climate Intelligence Unit believe that sales of new electric and plug- in hybrid cars will exceed sales of diesels by January 2021, possibly even as soon as May 2019. Meanwhile in the year to date (according to data published by The Society of Motor Manufacturers & Traders), 240,614 diesel vehicles have sold against 441,182 petrol vehicles and 36,693 alternative fuel vehicles (“AFVs”) – so numbers of AFVs are still small but it is interesting to note the percentage changes year on year for each of these categories: -33.3% for diesel against +3.5% for petrol and +9.8% for AFVs.

Surely encouraging this trend has to be a priority. Links between air pollution and health problems (including stroke, asthma and heart disease) have been well documented already and a study last year led by a scientist from Imperial College London has delved further into the effects of the noise pollution with which air pollution so often goes hand in hand. Perhaps unsurprisingly, this study confirmed that living with noise in excess of conversation level (60 decibels) raises blood pressure, disturbs sleep patterns and causes increased release of stress hormones – a nasty cocktail.

Good news is that the running engine noise level of the world’s best selling electric vehicle, the Nissan Leaf, is just 20 decibels – equivalent to a household fan – a saving of 30 decibels on the average noise level for a car. Sadly for me, I may not live to see the benefits: in a city of many Ubers, my habit of stepping out in front of every whispering Prius is severely limiting my life expectancy.

For those of you with a little more road sense, however, it is heartening to see charging points already being installed as standard in new build schemes like the recently completed Holland Park Villas. There’s a lot more to do but hopefully with a little encouragement from the powers that be, we’re on the right track to a cleaner, healthier and more attractive London. Not for the faint hearted, particularly in the context of the current flight to quality in the Prime Central London residential market, but perhaps there is a case for longer term investors buying properties on those streets that are currently devalued against their neighbours as a result of heavier traffic?

If you have any comments or questions on the above, please don’t hesitate to contact Clare Betteridge or any member of the RFR team.