Castle in the Sky?

By and large, London is a city of two or three storey homes. We have built outwards, we have dug downwards. Does the future lie in extending upwards?

Such creative thinking would seem welcome in the typically conservative arena of planning policy but how far does it go?

How does it work at present – who owns air and how much is it?

Right now, to build a storey on top of an existing building, one would need to buy the airspace from the freehold owner of the building below at the current market rate and go through the rigmarole of applying for planning permission.

Earlier this year, for example, an airspace above an existing building in Chelsea was put up for auction for £550k, planning permission having been obtained to build a two-bedroom penthouse apartment.

How would the government’s proposals change this?

In the future, it may be possible to build up to two storeys on top of existing homes, offices and shops without the need to apply for formal planning permission by employing permitted development rights. However, there is a caveat, confusingly, that the permitted development must come with prior approval.

‘With prior approval’ means that, where neighbours objected, the local planning authority would have to consider the impact of the proposed development on the neighbours’ amenity and could therefore potentially intervene. While the full details of such proposals are still to be published, it is likely that such development would only be permitted where:

– It would be in keeping with other rooflines within the area.

– It would create a self-contained residential unit. Such creative thinking would seem welcome in the typically conservative arena of planning policy but how far does it go?

Given that the lion’s share of the properties that we work with at RFR are within a Conservation Area and often have listed building status, we were keen to understand whether these changes to permitted development policy would reach as far as London’s most protected buildings.

Unsurprisingly, in respect of buildings within a Conservation Area (which account for 15% of land in the capital), separate prior approval is likely to be required to extend upwards. The local council will be keen to ensure that the design is appropriate for the area and that any protected views remain so.

As for Listed Buildings (and any land within the curtilage of Listed Buildings), these will be completely excluded, meaning that it will be necessary to apply for planning permission and listed building consent to extend upwards (as per the current regime).

The policy is clearly not intended to create opportunities for prime London residential home owners and developers to profiteer from unused ‘air-space’. The real driver for the policy change is a social one, looking to partially address the City’s grave housing shortage.

Since 2008, only 25,000 houses have been built in London every year, less than half of what is reportedly required. With London’s population expected to grow from 8.7m to 10.5m in the next 25 years, Sadiq Khan has outlined that 66,000 new homes need to be built every single year.

Improving the housing supply in high density areas avoids the need to extend outwards which so often means the loss of gardens, open spaces or the Green Belt or requires the development of derelict sites.

Extending upwards also offers the possibility of craning pre-fab units on to existing buildings, thereby avoiding the delays and disruption to neighbours normally associated with building works (particularly basement digs) and the need for scaffolding.

Various surveys have been carried out, which estimate that ‘up-filling’ would create:
– 140,000 new homes in London generally
– 40,000 homes in Zones 1 and 2
– 630,000 new residential units on top of publically owned buildings (e.g. libraries, schools, hospitals, administrative buildings)

Based on these estimates, building upwards could potentially provide a significant proportion (more than 10%) of the 660k properties required over the next decade.

Clearly the proposed plans are a change for good if they go as far as they might with helping to address the social housing shortage. However, as with all these things, the policy proposals do not come without their own challenges. Firstly, the cost of building increases the higher up a building you go and, in particular, where foundations need strengthening so cost feasibility may well be an issue. Secondly, local government will need to ensure that there will be sufficient (funding for) infrastructure (e.g. school places, healthcare, leisure facilities) to cater for a denser populace if the housing is provided. Finally, any such development will be subject to all of the usual restraints, namely compliance with Building Regulations, access restrictions (particularly as to how to move materials skywards), party wall provisions (especially if a terrace) and rights of light etc.

As for listed buildings and properties within the protected Conservation Areas, it’s unlikely that the regime will apply which will certainly narrow the breadth of buildings where extending upwards becomes possible.

For a closing expert view, we asked our extremely experienced and trusted planning consultant, Tim Miles of Montagu Evans, for his thoughts:

‘In terms of permitted development and a prior approval regime, again, I would be surprised if the prior approval scheme was not devised so tightly that relatively few properties will benefit – I would think it highly likely that such a right would be ruled out in conservation areas entirely, and a prescription that such development must be consistent with neighbouring buildings would necessarily limit the opportunities that might arise. The application of a ‘prior approval’ regime will mean councils applying subjective judgement and so it is inevitable that local political battlegrounds will develop, and councils will likely use their powers to remove nationally imposed rights. The key here will be how the Government translates a potential source of housing supply on the top of existing buildings into reality while protecting competing objectives relating to the historic environment and the amenity of neighbours. It remains to be seen if the planning regime can be relaxed in a meaningful way to facilitate a significant contribution to the wider housing supply and as always the devil will be in the detail.’ 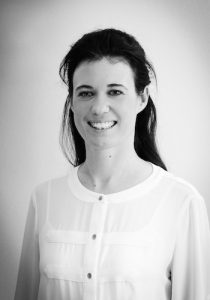